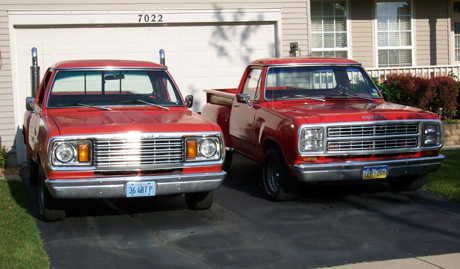 This is my Dodge Lil Red Express Truck:

Both 79’s were sold by a local AK dealer and it is believed they were sequential Lil Red’s. I haven’t been able to verify this yet. The serial numbers are not sequential, however, my brother advised that they were built on the same day. My two trucks are stock down to the gas caps and are works in progress.

Own a related Mopar truck? Get it featured on the Mopars Of The Month site.